The task was to optimize the cooling air flow in the world record engine. It was only through detailed optimization that it was possible to generate 25 hp from a displacement of 310 cm³ and thus set the world speed record of 308 km / h. The knowledge gained in this way was transferred to series production. Due to the high complexity, the high number of variants and the resulting small quantities, the air ducts are still manufactured with the EVOlizer and sold as part of a complete solution. 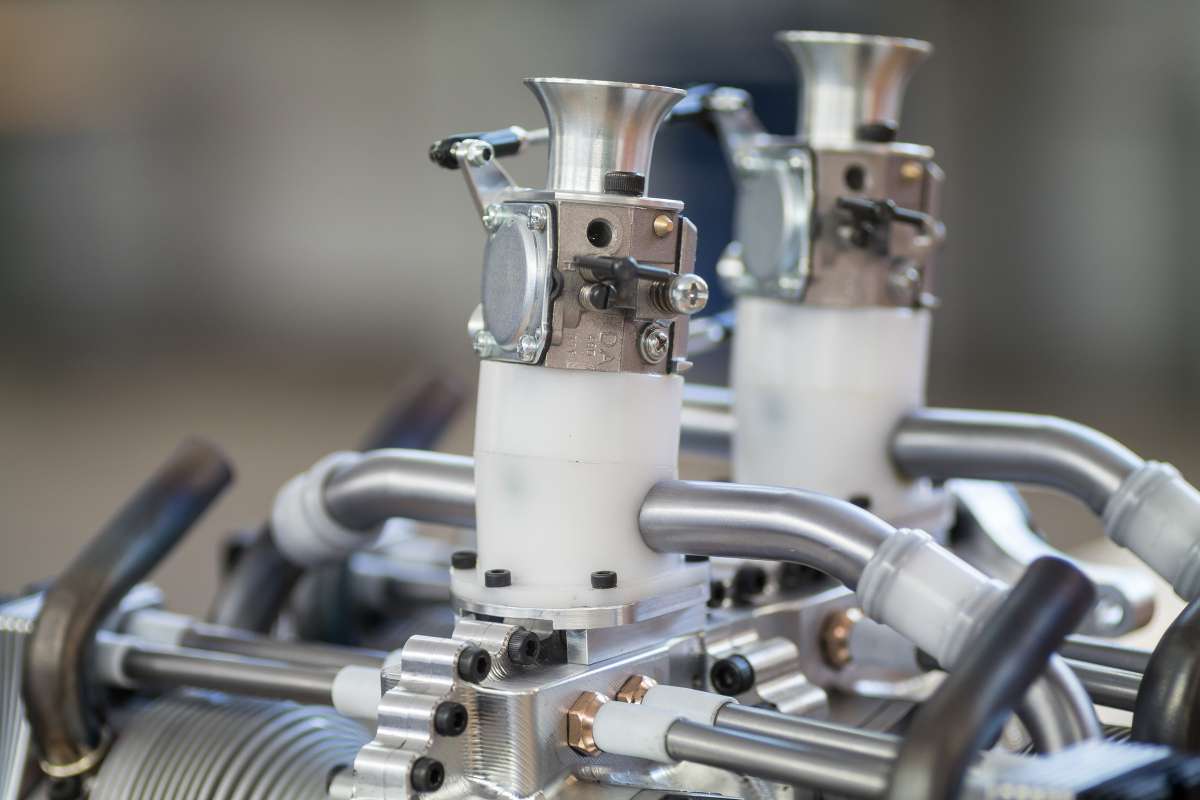 The use of the EVO-lizer at KOLM Motoren

Printouts from the EVO-lizer are used in research and development at KOLM Motoren. According to DI Kolm, this is a fantastic opportunity to work much faster and more independently than with the CNC process. In addition, free-form parts with a high degree of complexity are also manufactured for series production with the EVO-lizer.

Special emphasis is placed on mature and proven solutions, both for standard parts and for all materials! There are absolutely no compromises that could affect the quality of the engines. Balancing weights made of tungsten for crankshafts, helicoil inserts for highly stressed threads, crankcases made of aerospace aluminum, assembled crankshafts and needle-bearing steel connecting rods are used - so only the best of the best.


Furthermore, all highly stressed steel parts are hardened or nitrided. In addition, the Kolm engines are subjected to a 100-hour long-term test and performance checked. An in-house dynamometer enables precise statements on the performance of the individual engines.

DI Johann Kolm (CEO of Kolm Engines) has put himself at the forefront of a market segment in which the aim is to design and build 4-stroke petrol engines for model making. The construction is carried out with the help of a 3D CAD system, the data is partly transferred to the CAD / CAM system, and the parts are partly programmed “manually”. The special thing about KOLM Engines is that everything happens in-house, from development to production of the individual parts, and all parts go through the most precise quality controls before they are installed. Of course, a parts or measurement report is just as natural as registration using a serial number.

Every little detail counts among the world's best.

Nothing is left to chance, no compromises are made: “You get what you pay for!” Is another motto of DI Johann Kolm! Kolm Engines are purely Austrian quality products, as the entire development, testing AND production are carried out in-house. Furthermore, the engines are developed, manufactured and assembled by absolute specialists - all of them enthusiastic model pilots. This enormous depth of production and development results in a high level of competence, flexibility and the highest quality.